Android vs iOS: Which Platform is Better for Mobile Startups? 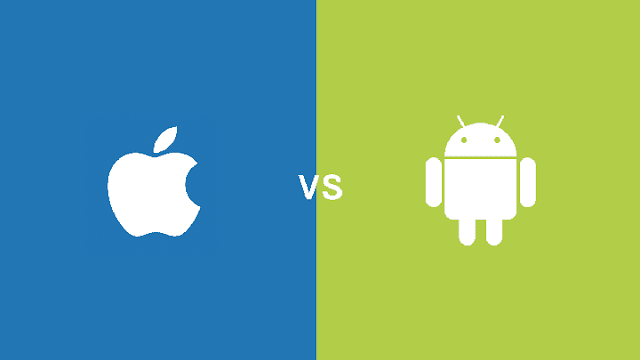 In today's mobile-driven world, it has become important for every business to have a mobile app through which customers can access its products or services. The first question that comes to mind of businesses wanting to have a mobile application is - which platform should I choose for my mobile app?

Choosing the right platform is a major consideration, mainly for startups with budget and time constraints. And if you really want to know for which platform you should build your mobile app, then give this article a read. Here, we have listed everything that will help you choose the right platform for your startup mobile app development.

Which platform (Android or iOS) startups should choose for mobile app development?
For a startup, choosing between these two platforms is a big decision, which depends on various factors:

The audience you are targeting

Where is your audience?

According to market research by Statista, Google's Android holds around 87% of the global market share, and Apple's iOS with only 13%. However, countries like Australia, the USA, and a few more are assumed to come under the dominance of Apple. So, if you are targeting the mass audience, then choosing Android is certainly the right decision. But, if the majority of your customers are from the countries that are dominated by Apple, then go for the second one.

If you are planning to make money through in-app purchases, it would be good to go with Apple’s iOS. According to Statista's report, as of June 2020, 96.4% of the apps in the Google PlayStore are free, whereas, Apple's App Store has 91.9% free apps. This indicates that iOS users are more willing to purchase paid applications and make in-app purchases than Android users.

Here, we are talking about fragmentation, i.e. the number of devices your app can access from. So, if you want your app to run on different devices, then choosing Google's Android is surely a perfect decision. Google has tied up with many device manufacturers to offer Android as a built-in operating system. Selecting Android will help your application to become popular in a very short time. This is not the case with Apple’s iOS.

Design and development of the app

While deciding on these two factors, both Android and iOS stand in the same position. It depends on the experience and the expertise of the iPhone app developer or the Android app developer that how appealing will be the design of your app. The same is with the development thing.

When comparing Android and iOS launch cycles, it has been observed that with the latter, you can focus on offer hassle-free support for the latest operating system versions in your existing app. On the other hand, doing this with Android comes up with various challenges.

It has been seen that startups usually have limited budget; therefore, you can consider selecting the platform after writing down the features and other requirements of your mobile app. Once you are done with it, reach out to a professional mobile app development company for a quote.

In this article, we have helped startups to decide whether to choose Android or iOS for their app development project. Comparing both the platforms on the basis of various factors, we have tried to pave a smoother path towards your mobile app development journey. If you still need help on this, then connect to a custom app development company with your specific app requirements. Make sure you choose a reliable company that will give you the worth of your money. Choose wisely!