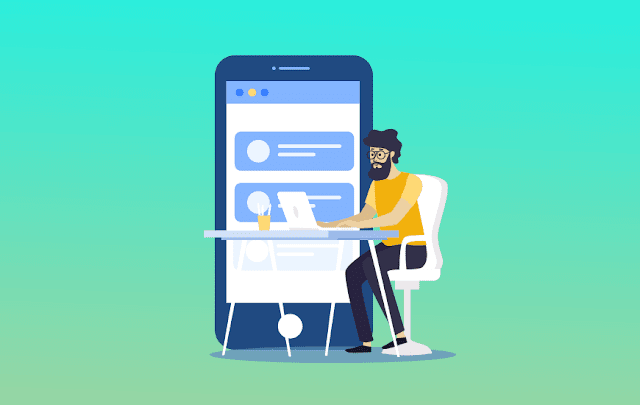 IoT (Internet of Things) is not new to the world of technology since it has known to the industry for over three and a half-decade. Though it was evolved nor implicated meritoriously until the introduction of smart mobility. Till before the initiation of smartphones the concept of IoT was only residing as a phase of conception. Smartphones were able to propose a higher expansion for various IoT effectiveness to come into play since they provided rapid connectivity and portability. Unquestionably apps also evolved greatly by integrating with IoT to form smart apps.

Currently, Android and iOS both are the leading mobile operating systems in the mobile industry. As they have approximately 5 million apps respectively in both the Google Play and App Store. Being the major to why it is important to create a taxi app like Uber or any such widely targeted audience to create an app that is accessible on both platforms. Numerous businesses and even developers are in consistent research to find better ways of using smartphones via apps to attain better possibilities with the integration of IoT.

IoT is when gadgets, devices, appliances, etc. can be controlled remotely by the access of the internet. Allowing the end-user to connect these devices while using apps via smartphones. IoT in the present years was able to evolve since there are no such limitations that were at the beginning such as slow internet connectivity and even heavy to handle devices that were not portable. With these limitations being overcome it has become easier to apply the adaption on a wider and larger scale today.

Developers have already recognized IoT to be a key technology in the future. Mobile apps are blending extremely well and even developers are integrating IoT in every new mobile application development to approach and attract a larger audience. Each smartphone comes with a variant of integrating sensors that can easily be adapted to connect with IoT devices making it extremely easy for apps to exchange data that it received from devices. All being attained incredibly and opening even larger potentials via the adaption of IoT.

Several entities across the globe have already inserted the market with a wide range of IoT gadgets and devices for home automation applications. The adaption and integration have created marvelous possibilities through IoT to even operate your air conditioner even before having reached home, controlling kids' TV watch time while not being present at the premises or controlling devices and functions such as opening the gate via smartphone to act as a key to. IoT technology makes all this capable to happen and especially with the correct IoT sensors it is not hard to regulate a range of appliances, machines, etc. all through a smart app.

It is seen that the automobile industry has accepted IoT remarkable and even that the companies in this industry are adapting to this technology in an extremely creative manner. Car manufacturers are well aware and acquainted with the fact of how powerful mobility is and how the combination of it with IoT through apps can make driving much safer in terms of comfort and driving. Nearly every car manufacturer in their new plan applies IoT technology into their cars this also helps to add value to their manufacturing.

IoT is also Adapted in the Tour Industry

IoT is also a great medium that is being implied around the world in the travel industry. Most companies in the industry are extensively willing to adapt and want to integrate IoT sensors effectively. The technology of IoT on implementation can be used effectively in operating numerous functions such as creating improvised solutions while blending with mobile apps, QR codes and FNC tags for the guests with the best means that can be used to communicate and get information.

Companies that are linked to a diverse ranging vertical industry and also begging to get interested in how to implement the technology to provide a higher expansion within their industry. At present, IoT is seen to be implied the most effectively in mobile app-based wearable devices, various fitness gears, and numerous other gadgets. Different businesses are using to imply IoT mobility in their marketing, product development, sales, manufacturing, customer care, and even service support.

The best aspect of IoT is that it is continuously optimizing accordingly to fit the requirements of smartphones. IoT also being integrated marvelously to create greater horizons as companies collaborate it in their manufacturing types of machinery, appliances and also in a variety of accessories that are intended to be applied via smartphones or product based IoT.