A Realistic Guide to an Outstanding Product with Remote Software Teams 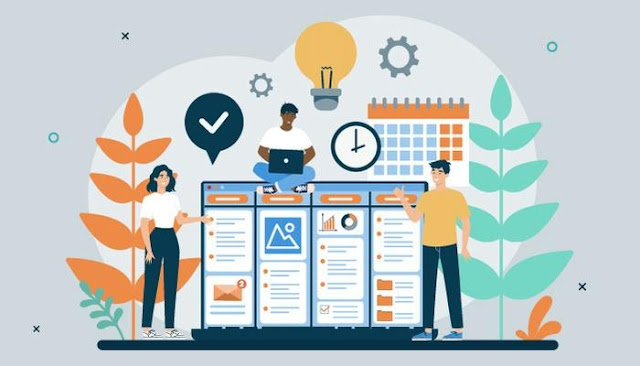 Now, with the pandemic causing lockdowns and quarantines all over the world, remote work is more popular than ever. Developers of software solutions work often with clients worldwide while growing several big companies at the same time that is embracing remote work.

Software outsourcing, despite the pandemic, continues to thrive. Numerous studies show remote workers to be more productive, as well as companies that allow working remotely.

Practical Guide to a Great Product with Remote Software Development

When you’re outsourcing from software development companies in India, communication should be easy. You can have all hands-on virtual meetings once a month, which is critical in maintaining alignment. It’s a wonderful opportunity to bring the people in the company together, and repeat its vision as well as the long-term goals.

There are various channels to maintain communication between the company and the remote development teams, including Google Hangouts and Slack.

Straightforward yet constructive criticism is necessary for software development. Well, it should always be, although there are times when changes in teams require some time to heal, and so on. There’s no time nonetheless for diva behaviors in a remote or offshore outsourcing software development project.

We also used accessibility issues with a test server, since nothing motivates better than workers feeling appreciated. With positive feedback, remote software programmers and developers had a robust sense of duty and coped well with providing demo functionality.

Immediately Solve Issues and Use Retrospectives

After every demo, retrospectives could be used. Consider a scenario in which people don’t want to visit the company except for a once a week demo since they live quite far and prefer working at home. So long as everything is going fine and the schedule is followed, then there’s no problem.

Another instance is that API methods should be made during the sprint before they’re implemented by mobile developers. It’s not something that could be simultaneously done. One action that you could do is getting mobile developers to work on mocks and integrate everything into a ‘real’ API later on.

Software development services today should ensure good documentation, for any team. For a remote development team, this is all the more important. The API had been built shortly before developers started to use it, thus being very strict in good documentation maintenance, which was updated right away when a production server change occurred.

Moreover, it’s also very important to have high-quality documentation from the client before beginning any software development project. The delivered documentation by the client, in some instances, is very unclear that it requires recreating and discussing it regularly. With a remote team, or with a client from another country, these things should be fixed early on.

It should also be understandable for every member of the team, and the client as well.

Why Go for Remote Software Development?

When someone has to commute to work is needed, an organization should spend money on relocating the personnel, or simply restrict the accessible talent pool to a certain aspect. Hiring remote workers, on the other hand, makes it possible to hire developers from different parts of the world in such a way that they could work on the same project without any problem. You gain the services of experts and the best talents in the world without having to invest a great deal of money.

Not everyone is productive between 9 to 5 every single day. Some team members are better working during the early morning, at night, or prefer to divide their day into a couple of parts; working from 8 to 12 noon, and then back again from 4 to 8 in the evening.

This is almost not possible for staff who are working from their desks in an office setting, but a normal scenario for a remote worker.

Hiring people from various parts of the world could boost the development and support team due to instant work. Support teams that could hold tasks during different time zones boost the user experience because they would be able to resolve issues without delays caused by the local time difference.

Minimizing the Costs of Resources

Talents working at home do not need any office space, coffee, computing equipment, and commuting. The money saved could be used for other core necessities, such as to boost employee salary or could be used to add investment, which increases every developer’s productivity.

Remote workers, it’s been observed, have a higher job satisfaction ratio, as well as enjoy a perfect work-life balance. With lower stress levels, these workers have healthier lifestyles. Thus, the number of workers quitting is considerably less when working from home.

Furthermore, working with a remote employee is quite easy. You would furthermore certainly feel a sense of reliability and efficiency while getting the work done.

Remote developers and programmers have working relationships with various organizations all over the world. They also deal with multiple clients at one time. This gives them a multidimensional exposure that provides a clear path to new and fresh ideas. Compared to employees who work in an office setting, remote programmers and developers are more enthusiastic, inspired, and motivated about their tasks.

When it comes to developing a software solution for your business or brand, there’s no reason to limit the talent pool to a specific area. There is a great array of available tools that could help you collaborate with remote workers for seamless and better communication. Moreover, you could take advantage of these technologies and enjoy the benefits of having a software solution developed by remote programmers.

Nowadays, every software development company wants a remote developer who is highly-skilled since they could build the best software solution because as they work from the comforts of their homes, they have no stress in commuting, keeping office hours, and thus can dedicate quality time on the project.